The Last Crystal is a collaborative adventure game where two players explore and advance through a mysterious temple by solving puzzles and interacting with their environment.

Story based, players will follow the journey of the two main characters and learn to collaborate in order to solve increasingly challenging puzzles.

The Last Crystal is about bringing puzzle games to couch coop.

Levels and mechanics are designed for 2 characters. This makes the game different from traditional games of the same genre since players need to use their collaborative skills to solve the levels.

This game is not a fighting games, so enemies need to be outsmarted and defeated using the environment.

This project is ongoing and I intend to create around 15 levels to release it on steam. I will design the mechanics, the levels and do the programming.

A 2D artist is also currently working on it with me to finish the art and work on the game story.

A Kickstarter campaign will soon be launched. Follow up this project!

The Last Crystal is currently under development. We are preparing a demo and planning a Kickstarter. At release, it will be available on PC, Mac, and possibly some consoles.
Learn more about the game here: https://thelastcrystal.com

Team up or Die!
Puzzle
Levels

The Last Crystal is about cooperation. Two players are facing together the dangers of the temple.

For example, one player will have to hold the door while the other distract the foes. Or one player need to carry the torch in the dark while the other pushes boxes. They can also resurrect each other so the game is not lost until the two players are dead.

The puzzles are environment based, so they must be solved by moving the right items or using the right lever at the right time. Coordination makes it more challenging since the design often put the players in a situation where they must rely on and trust each other.

The objects can only be carried one at a time. So players will need to make decisions on what to carry and what goes where. Monsters like Stone Guardians, Snakes or a Giant Jaguar will come and face the players. But these foes can't be defeated in a traditional way. Use the fire around to burn the snakes or push a boulder on the guardian to crush them. Everything is related to the environment.

The game features many different kinds of level that can be categorized by: Timed, Untimed, or Boss Battle.  Untimed levels are all about deep reflection and puzzle solving. The players have all the time they need so it is the perfect moment to introduce new mechanics to the game.

Timed levels add an element of pressure: for instance, a big monster chasing the players. These levels are about quick reflection and fast coordination. Think fast to solve the puzzle!

Bosses are the ultimate challenge! Usually at the end of an act, bosses test all the skills acquired by the players. Since this game is a puzzle game and not a fighting game. Players need to use their environment or items around to defeat the boss. 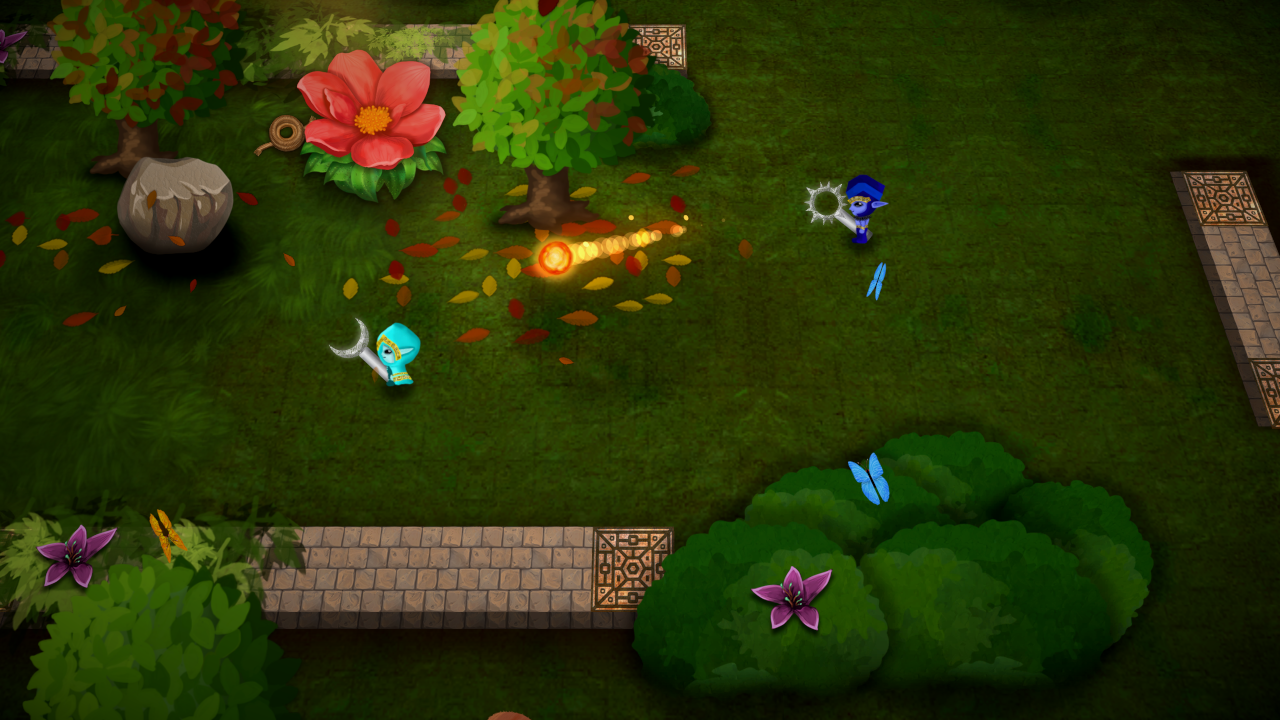 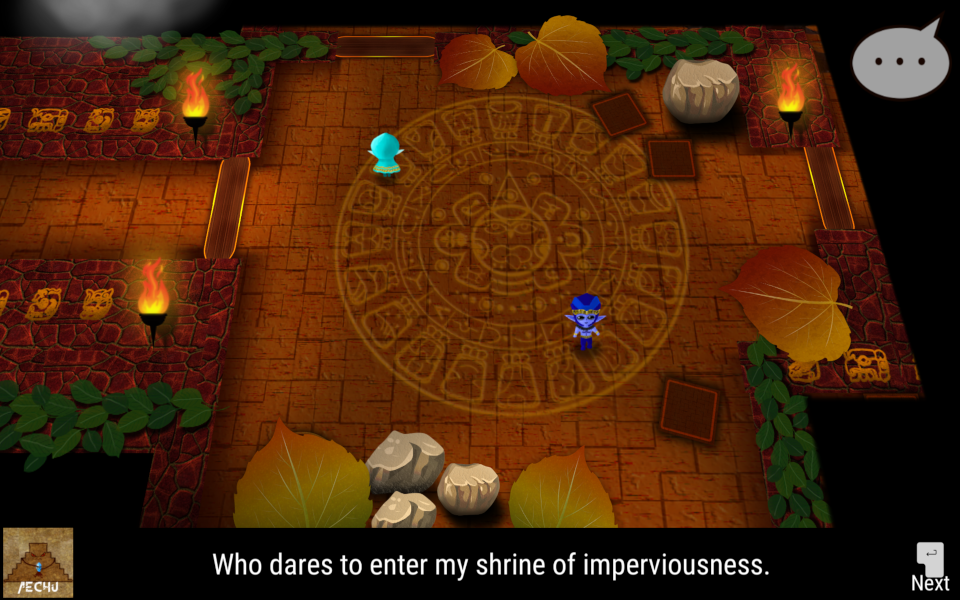 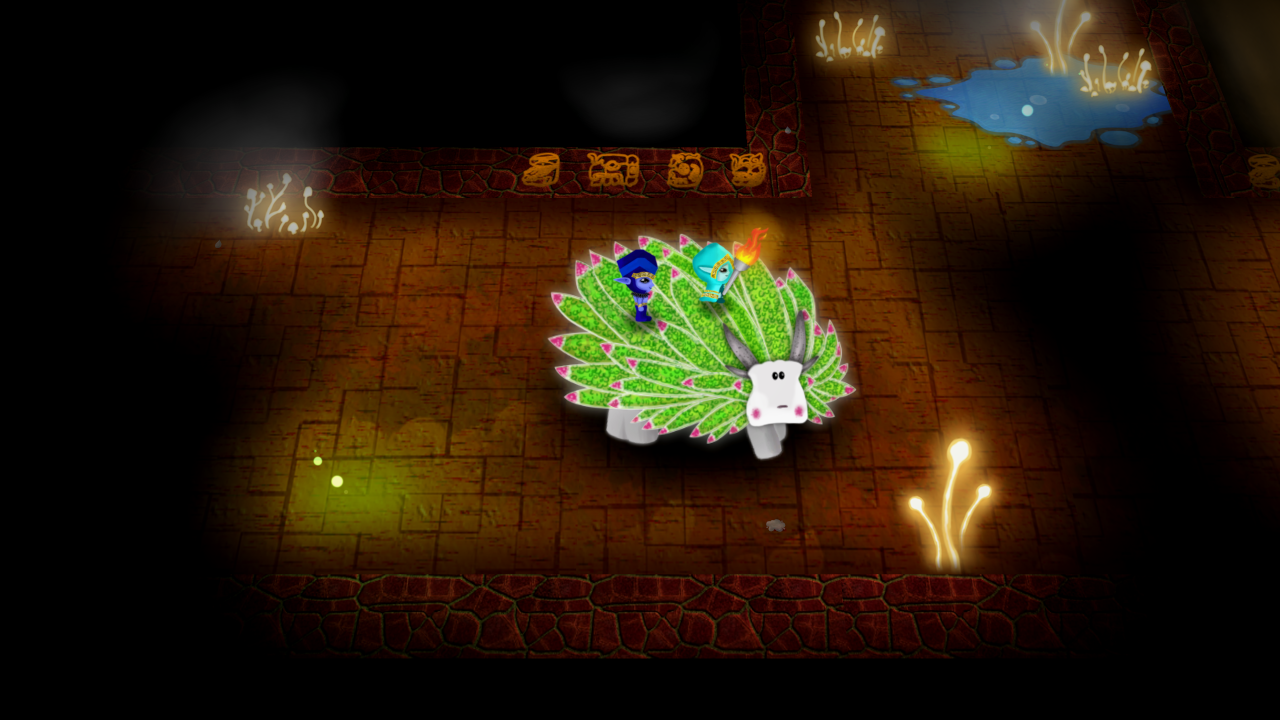 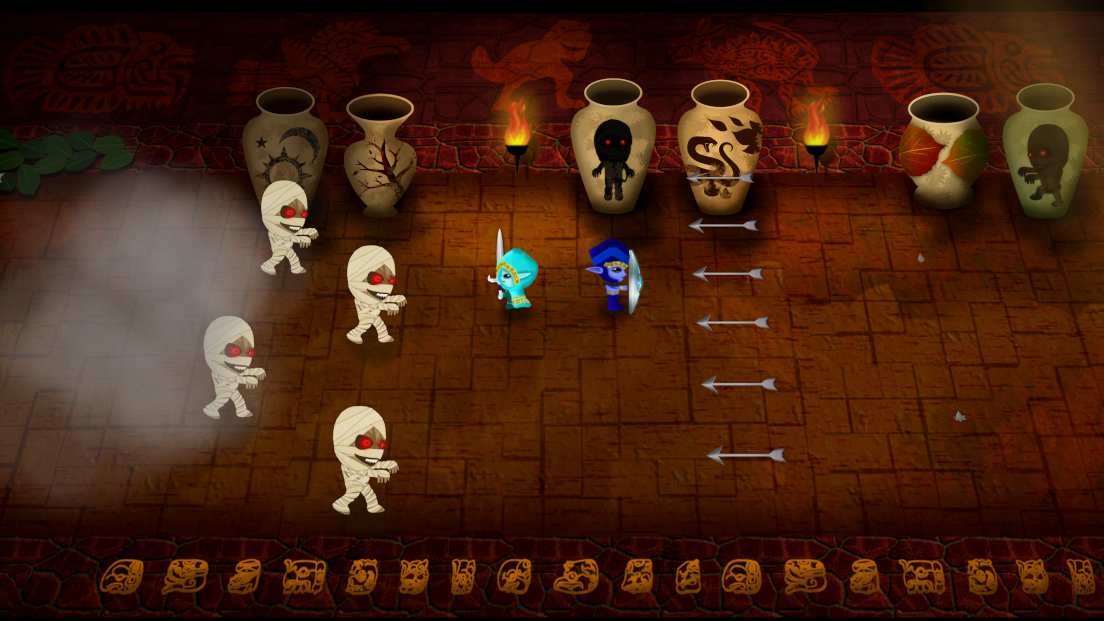 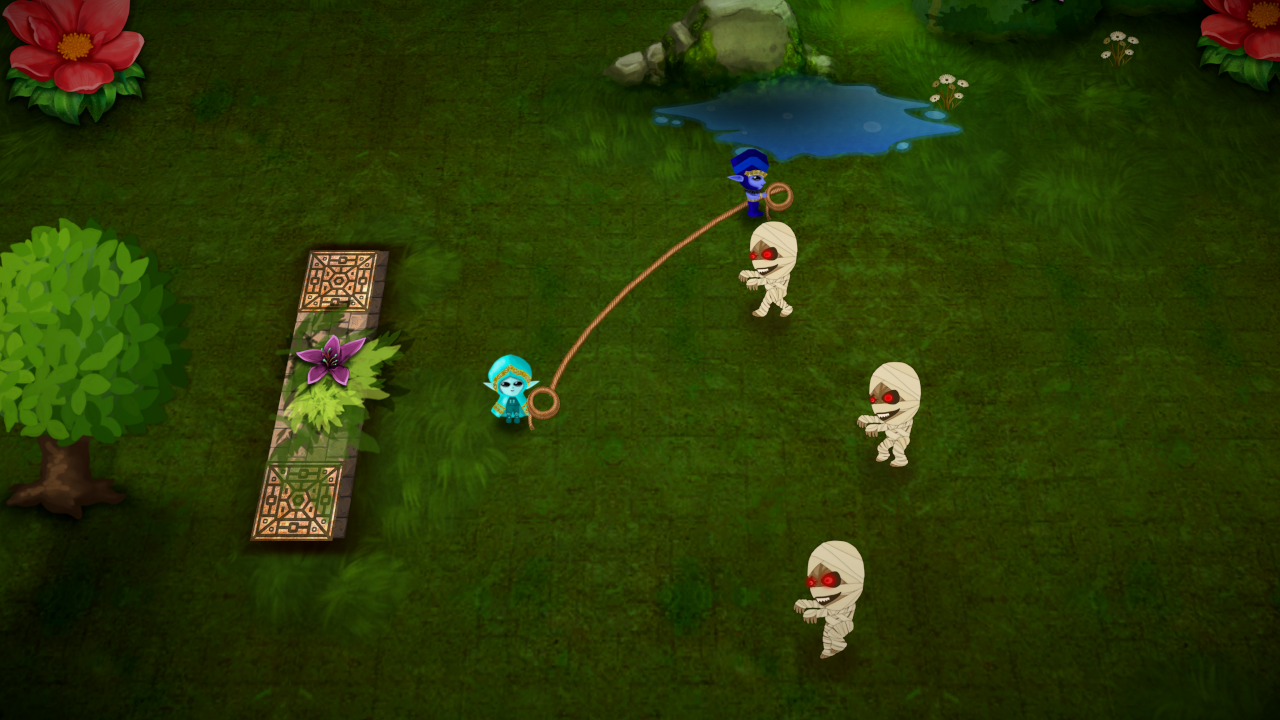